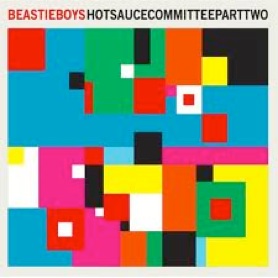 I was going to put Elbow’s “Build A Rocket Boys” at #10, but this B-Boys album is just so much fun I couldn’t resist. Plus, Elbow’s lack of the use of a comma in the title bugs the hell out of me. Not all artists are created equal, and I don't think they should be judged that way. There are artists that I expect to evolve like chameleons and surprise me at every turn, like Dylan or Bowie, and others that should just do what they do best. The Beasties are the latter. This is not to say that they haven't been innovative or pushed themselves by any means. They've been progressing throughout their career and H.S.C. is no different. What I don't need from them is to stray from who they are, but instead use their strengths to kick ass. H.S.C. Part Two, (there's no part one yet, but I won't go into it), is a celebration. It's a non-stop party like all good Beastie Boys albums. The album is filled with killer samples and beats, which in typical B Boys fashion pull from every conceivable genre. (the reggae track with Santigold is a standout) I bought the "Too Many Rappers" single when it was released in 2009 and I thought it was pretty mediocre. In retrospect I can see that it was a bit more like a demo, because the version that's on H.S.C. is an amazing, badass party track. As per usual, the Beasties lyrics aren't going to amaze you. They're still rapping about NYC, name dropping each other, and mentioning Lee Majors. The thing about them is that they don't have to be poignant or eloquent, they're the Beastie Boys! They're still three white, jewish punks from NYC. (That alone is pretty amazing) The album combines the best of their sound and takes it up a notch. The funk of the 90's albums, the punk of their roots, and the futuristic robot beats of Hello Nasty are all here. Invite some friends over, order up some White Castle, crank this album, and you've got yourself a party.