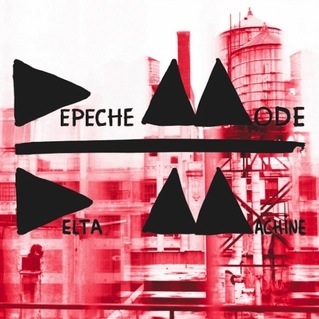 Well folks...it was a hectic end to 2013 so please excuse me for being a little late to the party. Before I get into my review of Delta Machine, I am a little confused as to why I am here in the first place. I was invited by Tony because he knows my life revolves around music almost every waking moment of the day...but it is going to be tough for me to review current music because I am rarely impressed by current music releases but I promise to do my best... Depeche Mode released Delta Machine earlier in 2013 followed by an amazing world tour that started shortly after. Depeche Mode is a band I fell in love with thanks to my cousin Jessica when I was in middle school about a year before 1990's Violator release. I was fortunate to see them on the Violator tour and I haven't missed a tour since. Within Delta Machine, I was very very pleased to hear the boys find themselves again. In my humble opinion, when Depeche released Sounds of the Universe in 2009 and it seemed like they were starting to go back to the synth pop sound from the early 80's....and it wasn't working. 2005's Playing the Angel was amazing in its own right and I was very disappointed to hear them break away from the sound they had matured into over the years. Delta Machine was a very welcome reassurance that they were back. I am very hard pressed to find a song on this album that I did not like so I will list my top five must listen to songs but I fan endorse them all.... 1. Heaven Amazing song! Slow, gritty and soulful. I especially enjoy Martin's background vocals in this song. 2. Welcome To My World Brilliant opening track in my opinion. Kind of sets the tone for the rest of the album and prepares the listener for the next hour of listening pleasure. 3. Slow Another slow, sexy song. Interesting enough, Martin's guitar riff in this song reminds me of a riff I've heard in a Viagra or ciallis commercial which always makes me chuckle which is a bonus. 4. Always This song is a whimsical Gore vocal accompanied by industrial beats. I like the vibe of the song on a whole because I am a laid back type of guy...May not be everyone's cup of tea 5. All That's Mine This song holds a lot of personal ties to things that were going on in my life earlier this year...but it it's a great song none the less. To me, it's about someone who has given their heart and soul to someone and it still wasn't enough. Well I hope my first review on The Tens was helpful. I promise to try my best to be more active within the site in the upcoming year. I do get turned onto a lot of new music by reading other peoples reviews...for that I am truly thankful to each and every one of you. Happy New Year! Matt

Posted by Matt Peglow Back

Well, I certainly will take into account that paragraphs and line breaks aren't posted in the final product...sorry everyone, it was my first post. :)

Glad to have you aboard Matt! I've been looking into the line break situation. This site is a continuous work in progress as you've probably noticed :)

I'll definitely have to give this a few more listens, I'm not sure why It flew under my radar when it came out.

Matt Peglow ranks this as the
#1 favorite album of 2013