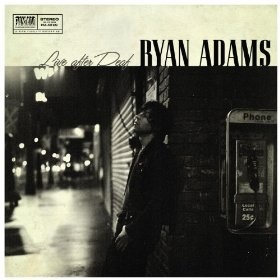 If there was a 10 star rating, Live After Deaf would have gotten it. Another amazing World tour I was lucky enough to be present at the end of 2011 at the Cadillac Palace in Chicago....was recorded and released by Mr Adams and Pax-Am in the form of a fifteen vinyl box set in June 2012. The vinyl was released in a very limited edition and I wasn't one of the lucky ones to get it but the digital release was only short some recordings but equally amazing. Picture a brilliant artist, on stages across the globe, with nothing more than his acoustic guitars and a piano. This is what these recordings captured and if you are a Ryan Adams fan or just a fan of all acoustic sets...check this album out. It includes gems spanning his career with Whiskeytown, the Cardinals and his solo stuff. A must hear for any music lover especially if you want to hear Ryan's music stripped down to it's most simplistic and beautiful form. Happy listening, Matt

Posted by Matt Peglow Back

Will definitely have to check it out - thanks!

you will not be disapointed Joanna. There are a lot of duplicate songs because it was pretty much the same set list at each tour stop...but there is a lot of variences in performance and witty side banter in between songs. His Chicago stop was pretty amazing.

Matt Peglow ranks this as the
#1 favorite album of 2012