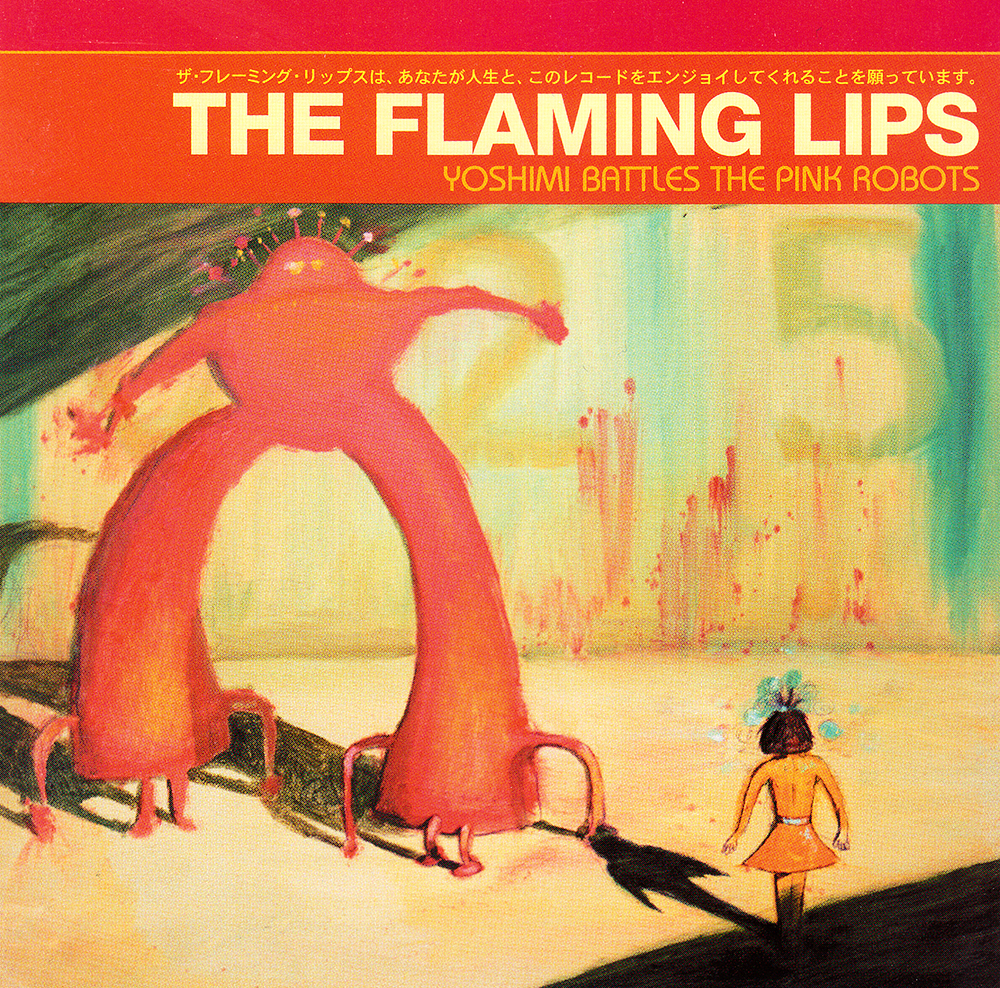 I saw the Lips open for Candlebox in the early 90's. They had a hit with "She Don't Use Jelly", and I remember thinking how I didn't get it. I thought they were just strange for strange's sake. Because of this, I wrote off their next few albums until I tried Yoshimi out at Borders. I.....WAS.....FLOORED! It was everything that I was looking for in music. There was more creativity in 4 bars of music on "Yoshimi" than there was in the rest of Border's inventory. This album reveals new things every time you listen to it. Try it with headphones on, try it in the car, try the 5.1 surround version. All brilliant. Poigniant, yet amusing lyrics, lush orchestrations, bass grooves, strings, gongs, the kitchen sink. I felt like an idiot when I discovered that The Lips' "The Soft Bulletin", their previous album, was even better. (My vote for #2 album of the 90's) Music would be a lot less exciting without the Flaming Lips.