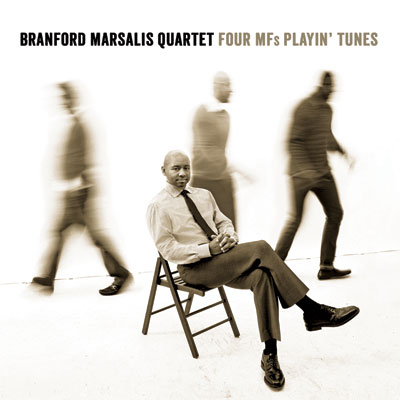 Rant: If ever there was an album that showed the immense/depressing grand canyon-esque divide between what and who is worth listening to in the Jazz scene today (a list that is ever dwindling) and pretty much everything else, then this is the one. Let me back up so to survey the scene for you. There is no middle ground or bridges in Jazz anymore. Albums are generally phenomenal or horribly poor. The great players are near extinction but at the top of the game while the masses are scratching at the surface of mediocrity. Now of course I am talking about the Jazz scene that’s on display; those that are being promoted and highlighted by the record labels and such. This divide between genius and generic was more than likely in play back in the heyday of Jazz. However, the difference between now and ‘then’ (you can decide when jazz went off the rails but I don’t think the 80’s did anyone any favors) is that ‘then’ they never had to headline and advertise the ‘ok’ players because there were so many of the exceptionally talented ones. Now there are only a handful of these worthwhile musicians so the ‘ok’ players are finally/unfortunately getting their air time. These same players steering the ship now are doing most of the talking when it comes to the demise of Jazz and are also the ones that are too busy worrying about commercialism to notice the cliffs of extinction ahead. The older guys and some stand outs from the last two generations know it’s all about to run ashore and their music is acting as the lifeboats. My suggestion is hop on these lifeboats and stop thinking that the Jazz boat is going to turn around. It hasn’t for decades and there’s no sign it ever will. So, with Four MFs Playin’ Tunes we have a vessel, a life line of perfection to steer us to a temporary jazz utopia. Review: Sax player Branford Marsalis should already be considered one of the greatest jazz masters of all time, not to mention one of the funniest, if not brutally honest interviewees ever. (Q: What have you learned from your students? B: What I’ve learned from my students is that students today are completely full of shit. http://www.youtube.com/watch?v=5rz2jRHA9fo ) On this, his ninth studio album, Branford has two of his usual crew booked. The exciting piano virtuoso, Joey Calderazzo, who’s playing at times seems to defy the improvisational essence of Jazz and the abilities of the piano itself. The foundation, bassist Eric Revis is more than just an ever changing bed rock for the band to explore new waters. He matches the swagger of each member, reminding the listener he is an equal partner in every moment of music. Then there’s the drummer. With the phenomenal Jeff ‘Tain’ Watts having departed the super group, Branford took to hiring a kid, Justin Faulkner and he isn’t just a suitable replacement. He is the future of drumming. He’s ‘Tain’ plus Faulkner and that makes him downright dangerous on the skins. He dances on the drums while not just playing on the tunes, but playing with the tunes. He is quite possibly the only person that could make ‘Tain’s absence not just bearable but forgettable. Of course the interplay between all four of these monsters of Jazz is hard to fathom at times. They can share an inch of musical space without cramping the music. They can be miles apart yet we hear them as one. The quartet, the sound of, even during improvisations is the key to each tune and they know this and never lose sight of it. The formulas for each of the songs are by the book. Melody, improvisations, out. However, what happens deep within this is what sets them apart from the ragged and useless groups of this era. It all comes down to their interplay. They let the music tell them what to do and where to go instead of trying to dictate to each other and more importantly dictate to the music what should be happening. The perfect example of this is the eighth track, Endymion. This is a high water mark in the annals of Jazz and the perfect example of that interplay that only genius can achieve. The album embraces all manners of emotions. The sensitivity of Maestra is followed by Monk’s Teo, a dirty and defiant swing. My Ideal has us in love and Whiplash gives us exactly that. Throughout the album you realize it’s not goal orientated. They are not trying to cover genres. They are not trying to tick boxes. There’s no pretentiousness on this album and certainly no gimmicks. No singular conceptual story to tell. No need for bizarre arrangements, math like fondling of time signatures. No crazy instruments employed. It’s just Four MFs Playing Tunes.

Andrew Scott ranks this as the
#1 favorite album of 2012