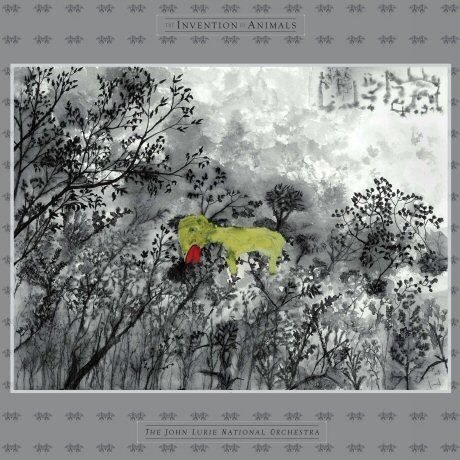 The Invention of Animals

John Lurie has a pretty interesting story. The John Lurie National Orchestra were a pretty interesting trio. This album is pretty interesting. Perhaps that's the problem with it. Similar to his career this album retrospective of the trio, comprised primarily of live recordings from the 90's, has nothing that really makes it stand out. It sounds like it's just on the door step of the avant garde Jazz scene but never really gets a foot past the welcome mat. The playing of Lurie on alto and soprano sax and Billy Martin (of MMW) and Calvin Weston on drums and percussion is solid. They are proficient musicians and together they create some fascinating 'tribal'-like grooves. There's no better summary of the music than Martin's as he says, 'John and I share this idea that this is like someone discovered a field recording of a lost civilization'. Sounds like a rather novel idea. Literally. Unfortunately the music never takes off and perhaps that's the point. I honestly can't tell. The songs all seem to be stuck in between being something that jazzers would pick up on simply for its niche value and something that someone who doesn't listen to jazz would put on at a summer wine party because Miles would be too obvious and Coltrane too much. It's worth a listen. The playing is good....and, you know, it's interesting. Note: The video is of a song found on the album but is not the rendition from Invention. It does however give you a full understanding of the vibe of Invention.

Sad that he can't play sax anymore due to his health issues. (Lime disease maybe? I can't remember what it was)