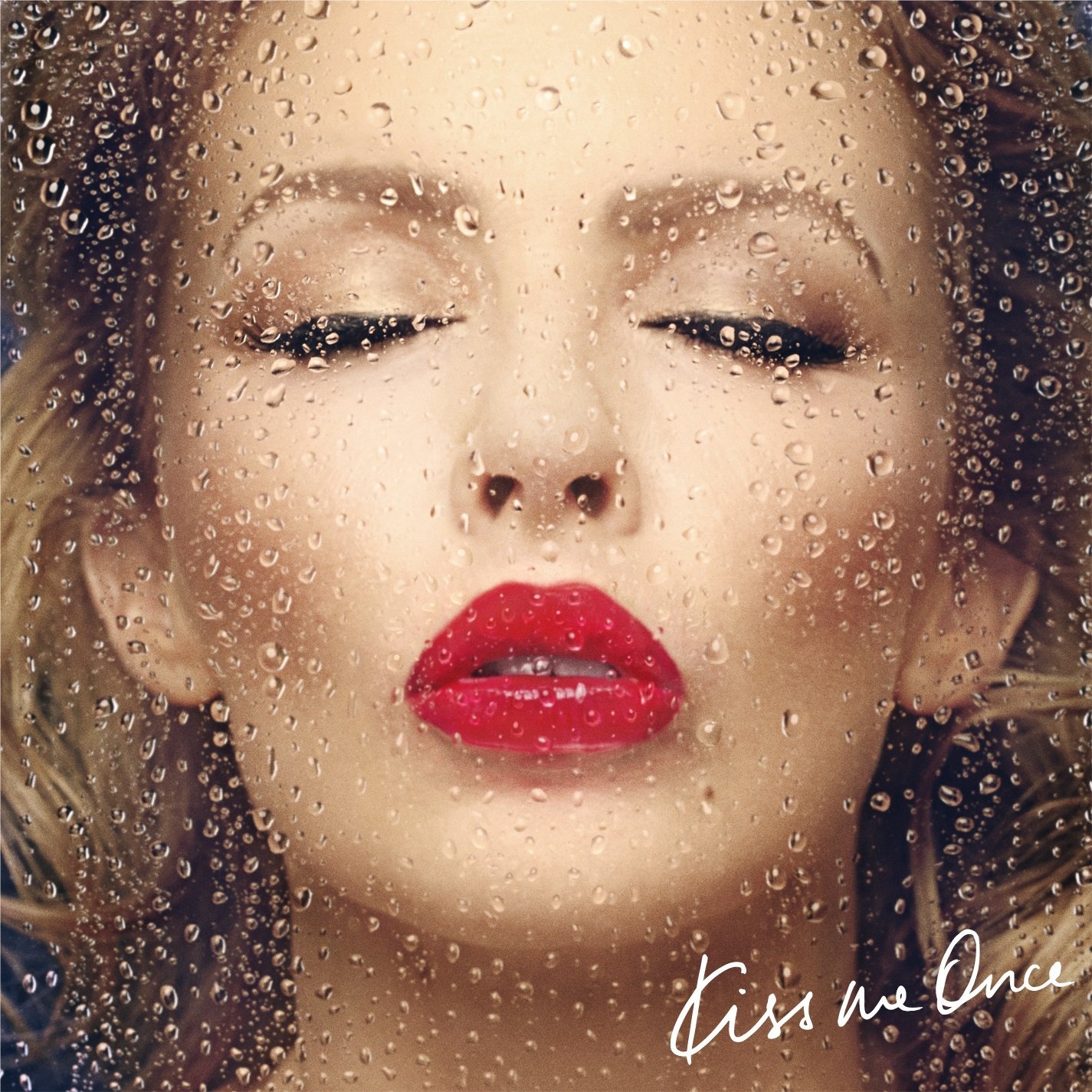 Confession! I have been a Kylie fan since I was ten years old. I have spent most of my adult life trying desperately to hide this guilty pleasure of course but it’s time the truth was told. Now, let’s move on. Kiss Me Once is Minogue’s 12th album and it arrives four years after the brilliant ‘Aphrodite’. In that time, Kylie has kept herself busy. She rerecorded her biggest hits with an orchestra in Abbey Road and appeared as a judge/coach on both the UK and Australian versions of The Voice. She also parted ways with her long-time manager and joined Jay-Z’s Roc Nation record label. Her profile has never been higher and all parties wanted to be sure that her new album would generate mass appeal. This plan to appease die-hards and attract new fans actually works quite well. A variety of cutting edge producers put together a strong collection of radio ready pop songs that appeal to both groups. The entire track list reads as a commercial for “Your Kylie!” ‘Sexercise’ is here for all you young Rihanna fans! If you like your Kylie on the dance floor, then ‘Les Sex’ is just what you’re after!’ Fans of the ‘Fever’ album will be excited to hear ‘Sexy Love’ and ‘Fine’! ‘Million Miles’ is waiting impatiently for those who were into Kylie’s brief indie phase! Aphrodite lovers will swoon for ‘Feels So Good’! You’ve never heard of Kylie?! Try Pharrell’s ‘I Was Gonna Cancel’! Move over Jason Donovan because Enrique Iglesias is sharing a ‘Beautiful’ duet with the Princess of Pop! I could go on but you’d probably stop reading if you haven’t already. The downside to giving everyone a little of what they want is that you are left with an album that lacks any cohesion. It leaves the album feeling slapdash. But really, who cares about a kylie ALBUM? (I could go on to talk about the death of “the album” and how we’re living in a world of downloadable singles but a Kylie Minogue review simply isn’t the place for such a discussion.) Kylie fans have no desire to see her put out a two disc concept piece. No! We want the finest danceable pop available to humanity! We want it here and we want it now! Kiss Me once doesn’t deserve the 4.5 star rating of ‘Aphrodite’. However, it gives you (or more probably me) a Kylie album that meets all the necessary criteria of a 4 star rating. I wish it had earned the perfect 5 star rating of 2001’s classic ‘Fever’ but then again, I Should Be So Lucky!

What I love about a Kylie album is you know exactly what you are getting yourself into and no matter how prepared you are to hear dance hit after dance hit, she still manages to entertain endlessly and some how sounds fresh with each new venture. Classic Kylie, which is more than fine by me. I'll keep buying if she keeps selling the same top notch product.

Posted over 5 years ago by