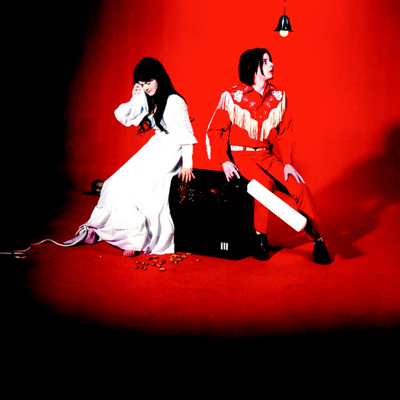 I think I may have a man crush on Jack. He's one of the strongest songwriters around, is influenced by Delta Blues, Folk music of all kinds, punk attitude, and Orson Welles. He may be the perfect musician for me. Elephant is a near perfect collection of songs, written and recorded in a matter of weeks using ancient analog recording techniques and plastic guitars. "Seven Nation Army" is an unlikely anthem with an irresistable guitar riff. "The Hardest Button to Button", "Black Math", & "Ball & Biscuit" are now Stripes standards, and "I Want To Be The Boy" & "You've Got Her In Your Pocket" will tug at your heart strings. The album closer, "It's True That We Love One Another" is a rare fun, catchy track, that shows the Stripes' playful side. The weak Meg-fronted "In The Cold Cold Night", and somewhat meandering "Little Acorns" are what bring this album down a notch from potentially the best of the decade.