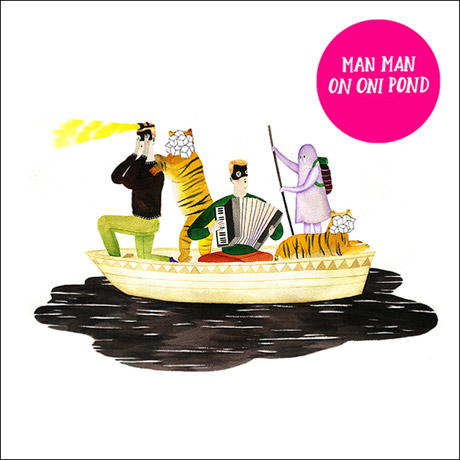 Old McDonald had a farm. He HAD a farm. In the interest of time let's just assume that the young McDonald borrowed a considerable amount of money from his Uncle Tommy in 1951 to acquire a piece of land in northeast Kansas at 79 dollars an acre. He eked out a living during the drought but made it enough to marry a local girl with flaming red hair. He lived a simple life and only ever wanted a '53 Ford Jubilee but the money coming in was always as good as spent. McDonald worked hard, raised three kids, and over the years he became known as a trusted member of his rural community. Now, later in life he could have sold the farm. He might have retired to Boca. No one really knows what happened to Old McDonald. The very same can be said of Honus Honus. He was a force of nature on Life Fantastic but absent from On Oni Pond. I wish Ryan Kattner all the best with his future endeavors but I've heard On Oni Pond and Honus Honus is nowhere to be found. As for Old McDonald, well I just hope he finally got that Jubilee he always wanted. He was a good man and Lord knows, he deserved it.

Haven't heard the album yet, but this is your best review ever....

Once again, you are out of your mind. Let's file this next to "the time Colin said Bonnie 'Prince Billy sucked while having never even listened to it then immediately flip-flopped his opinion within 30 seconds of Master & Everyone."

Ok, about to dive in. Let's see which of you fools is right!

Admittedly I only got part way through so far, but I find it pretty boring. Not nearly as exciting as the first album.